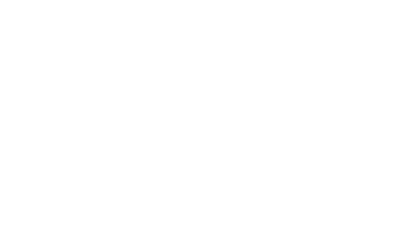 You’re crazy. Don’t be so sensitive. You’re overreacting. Don’t be paranoid. I was just joking! It doesn’t mean anything. You got that completely wrong. That didn’t happen. You are imagining things. I am worried; I think you are not well. 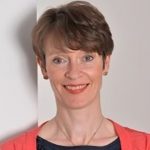 You raise an issue at work. You challenge someone else in what they are saying or doing. A boss or colleague starts to find holes in every piece of work. Things are said about you in closed rooms that subtly discredit your previous good work. You raise your disquiet again. And imperceptibly you hear these sentences above, over and over again, for an extended period of time. As a result, you begin to doubt your own perceptions, your own experiences or understanding of events? You have started to think that maybe, just maybe, you are going that little bit crazy.

If this is your experience, you’ve been on the receiving end of the destructive practice of gaslighting. According to Speak Out Revolution, a not-for-profit with a mission to cancel the culture of silence on harassment and bullying in our workplaces, 68% of respondents to their survey had endured gaslighting at work – the most prevalent form of harassment and bullying reported. Their participants described being asked pernicious questions that sowed the seeds of doubt, such as, “Have you just misinterpreted things?” or “Are you sure that you are not just being-over sensitive?”

Gaslighting isn’t something you do to yourself. It happens between people. It is relational (and can also be institutional). One person, the perpetrator, uses a set of tactics to create a surreal social environment. Surreality, confusion and distortion become the environment in which the other person, the victim, find themselves existing. It’s so easy then to start to ask yourself, “Am I crazy? Maybe I do need some psychological help?”

Gaslighting is by its nature about an imbalance of social power. Whilst its impact is felt at a psychological level (on wellbeing and mental health amongst other things), it is fundamentally a social phenomenon. Perpetrators leverage macro-level inequalities such as gender, sexuality, race, class, socioeconomic or cultural disadvantage to create further inequality. In work it is most likely from a boss to a subordinate. And uses tactics that eventually challenge and undermine victims’ sense of reality, autonomy, mobility, identity, and social supports to respond to bullying and harassment.

Who does gaslighting happen to?

Whilst gaslighting can happen to anyone, Dr Paige Sweet, a researcher at Harvard University, argues that women are particularly impacted. This is because gaslighting happens at three levels inextricably linked to being a woman:

Level 1 – Women are often in a relationship of unequal power.

Women are still less likely than men to be in a position of power – there continues to be a gender pay gap, women are more likely to work part-time, and less likely to receive prestigious awards or certainly to be a CEO of a company. And although political representation has doubled in the last 25 years, the UN highlights that only around 1 in 4 parliamentary seats are held by women worldwide, and women are stuck representing a paltry 25% of the global media voice. This is mirrored in recognition in the arts and in sport. Therefore, it’s no surprise that the women’s lack of social, economic and cultural capital tips the balance of power against women and mobilises gender based gaslighting.

Level 2 – Gaslighters promote the trope of the irrational female stereotype.

In our work with companies on their women’s leadership programmes, we are often asked to help women to become something less than who they are, to teach them the normative rational sterile behaviours expected of corporate leadership. Sweet argues there is a long history around the idea that women are emotional and not in control of their emotions. These range from the battered women’s syndrome, the angry Black woman, the medical construction of women as hysterical, right through to the overly emotional female leader in the workplace.  This provides a fertile soil for the gaslighter. The victim is easily cast in terms of the irrational female. A women who is being gaslighted and who raises this with either the perpetrator, a colleague, manager or HR team, is the one called out as having over-reacted, who is paranoid, who can’t see it was only meant as a joke.

Gaslighting and other forms of bullying and harassment pose a significant barrier to women advancing in their careers.

According to philanthropist Melinda Gates, “If a woman is harassed in her job in the United States, she leaves at a 80% rate within the next two years. So we wonder why don’t women get promoted. They move around in jobs because there’s so much sexual harassment. So we have to take down harassment and abuse.”

What are my choices with gaslighting?

If you are on the receiving end of gaslighting at work, it might feel a hopeless situation. However, in most workplace situations you do have agency, you do have choice.

One option is to leave the situation. This might be by changing teams or by leaving the organisation. It might not feel fair but will often be a choice that is open to you (assuming you have the economic capital to do this).

A second option is to stay and do nothing. Whilst this might not feel like it, keeping the status quo is still a choice you make. And it’s very likely this will result in things staying the same or potentially getting worse.

Thirdly you can stay and work to make the situation better. If you have the resources, support and courage you can take steps to call the other person out for their bullying. Realistically, there’s a high probability that you won’t change the other person’s behaviour.  Knowing this, you can enter the situation armed with the knowledge that the gaslighter will either:

Whichever choice you make, developing your support system is vital. That might be making sure you have other people in your life who confirm your reality and your worth. Gaslighters will try and isolate you to maintain the control. So spend time with friends and family who care for you and will validate you.

Your support system should also include rebuilding your own self-worth – reminding yourself of the times in your life when you have operated from solid ground and from a sense of who you really are and how you operate.

For example, keeping a journal that tracks the breadth and depth of the “I” that is you.  Note down the feelings about the bullying and all the things you imagine the bully might be saying about you. Then add to that all the things that your friends or family might say about you – the kinder more caring things such as you are generous, you are funny etc. And add to this the things you know in your heart about who you are and what you stand for, such as your courage, your fairness and so on. Finally top this up by noting down the objective things about you – that you are a sister, a daughter, a swimmer, a leader etc. Maintaining this perspective reminds that you are not just a victim of gaslighting, you are not even your thoughts and feelings about this experience. There is a far bigger “I” in all of this.

And also let’s be clear. Your feelings are not because you are uptight. You have a perfectly fine sense of humour. You do not hate the other person.

Do not let anyone, well-meaning or otherwise, tell you that this is just about a difference of opinion. When you call someone out for their bullying, it’s not because you disagree with them or you both have differing views on a topic. You are calling them out because they are making a concerted purposeful effort to belittle you, bully you, and wrap around you a surreal cloak of confusion, exhaustion, anxiety and paranoia.

If someone has been gaslighting you, I want you to hear me. You are not crazy. You are not paranoid. The experience is very real and very unpleasant.

And you have a choice. You have agency. You are not just a victim.